The Mount Pleasant Storm Water Drainage Utility District is continuing its multi-year, multi-phase project to restore the riverine environment along the Pike River within the Village limits. The project involves roughly 5.2 miles of the Pike River within a 17 square mile drainage basin. To date, roughly 450 acres of land have been purchased by and donated to the District within the river corridor.

In addition to controlling flooding, the project will restore natural stream features, enhance the aquatic habitat, improve water quality, and reverse the progressive deterioration of this urbanizing stream. Native prairie vegetation and trees have been planted and have begun to thrive throughout the project area, providing a natural corridor along the river.

Each "phase" consists of approximately 0.5 river miles. To date, total construction and restoration work completed within the river corridor stretches from the headwaters near Old Spring Street and Airline Road to County Line Road. All phases were completed in 2017.

In addition to these physical improvements within the river corridor, is the creation and maintenance of a paved bike trail. This bike trail runs parallel to the Pike River and provides appealing views of the Pike River Improvements. The bike trail has been completed for Phases

1-6, with additional trail construction planned for Phases 7-9 in 2018. The additional trail will provide a connection to the southern Village limits and future connectivity to the Kenosha County trail system running south to Petrifying Springs Park. There are three current access points to the trail system that include parking availability. The first, is located slightly less than a half mile east of Stuart Road on Old Spring Street. The second, is located at the southern end of Timmer Lane. The third, is located just east of Oakes Road roughly a third mile north of Washington Avenue. The Village invites the public to use these trails to enjoy the natural setting and to view how development and our environmental assets can co-exist side-by-side.

The Mount Pleasant Storm Water Utility District actively pursued grant funding during the construction of the Pike River Improvements Project. Grants were targeted at land acquisition, corridor development, stream restoration, and other habitat improvements. The District has received over $9 million in local, state, and federal grants. The Army Corps of Engineers facilitated the construction of Phases 8 & 9, to which they contributed about $5 million. 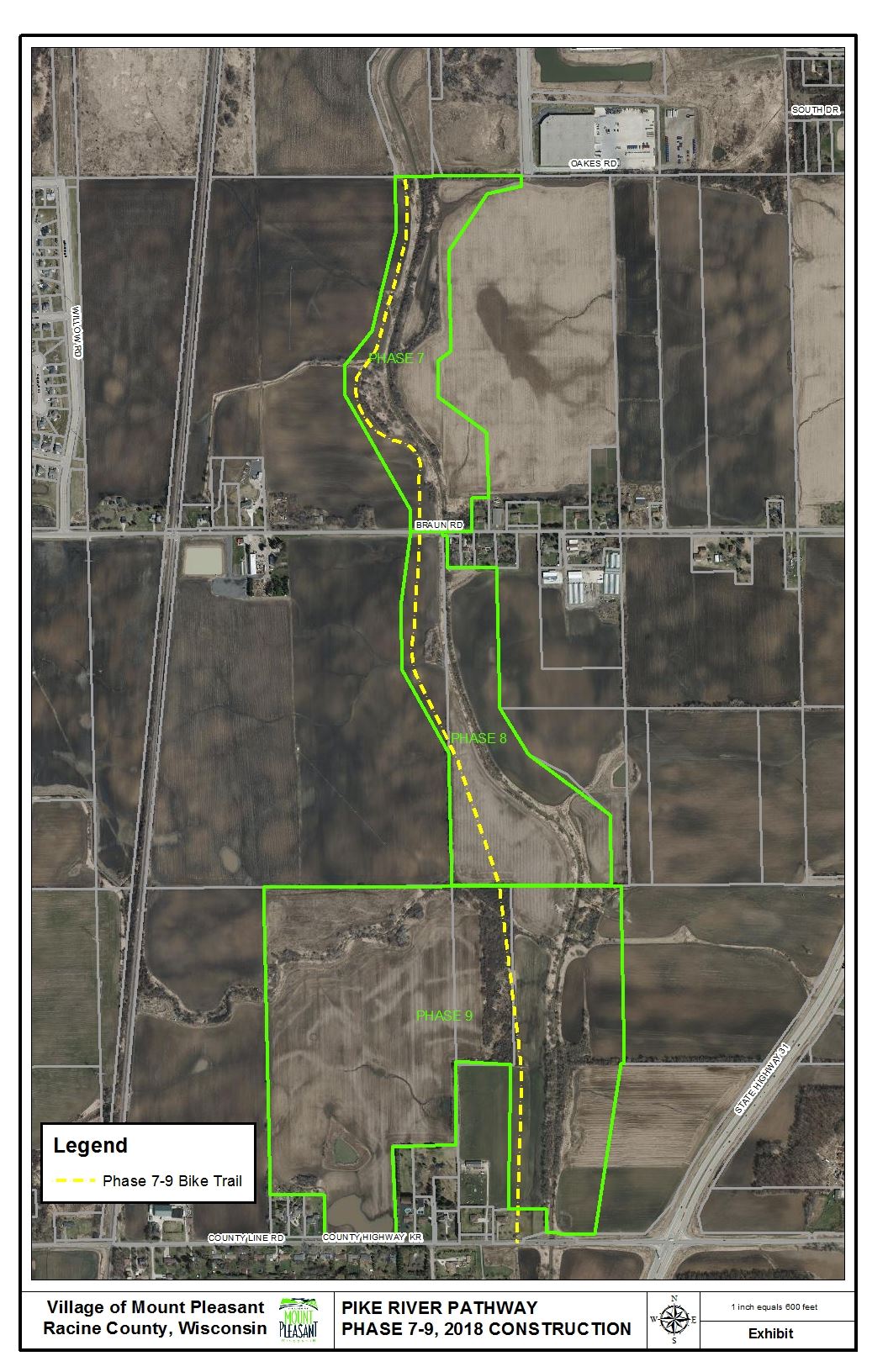 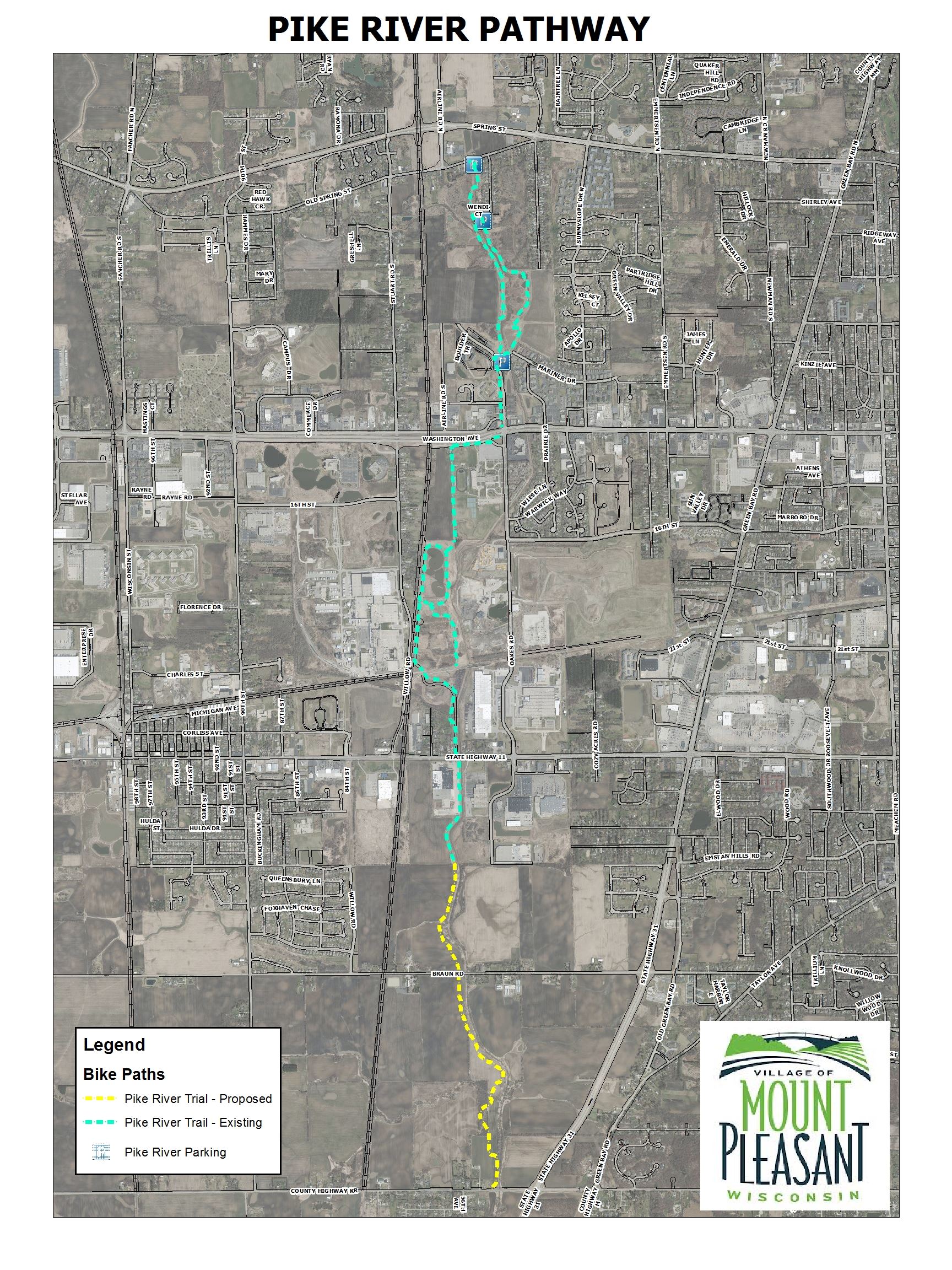