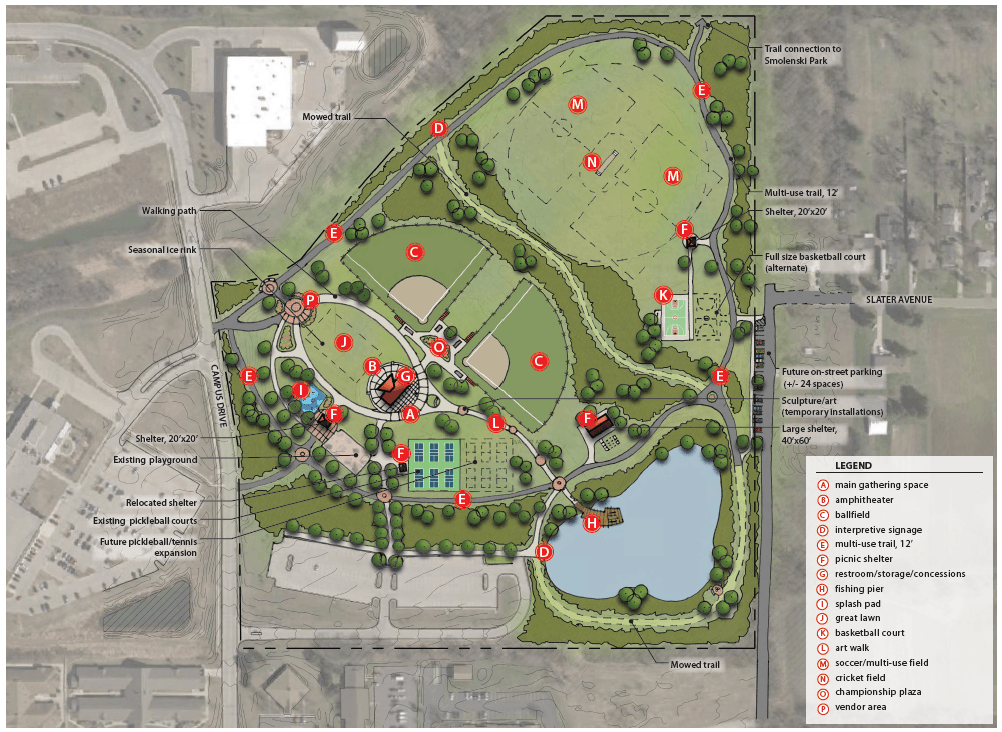 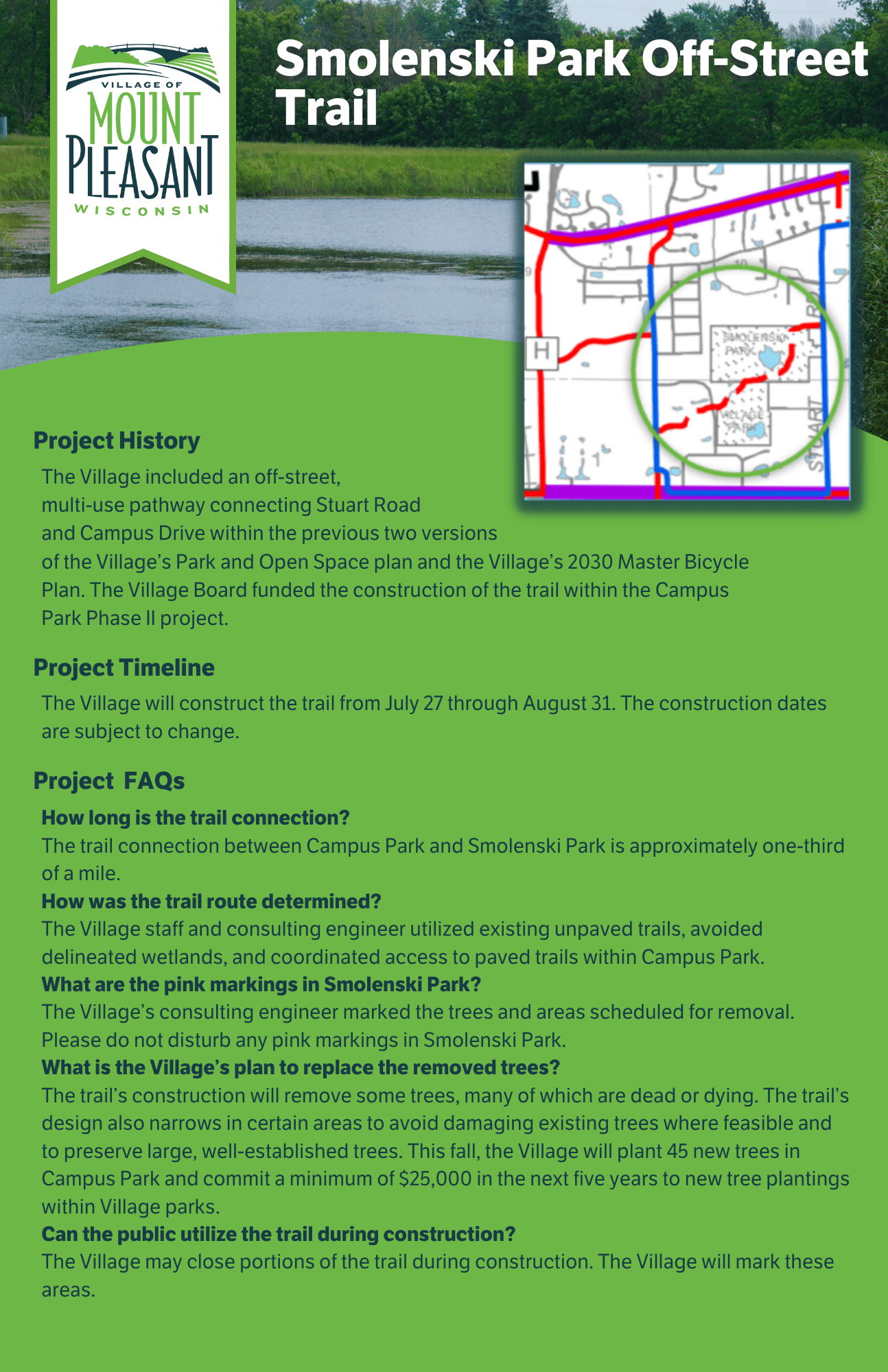 * This image is a master plan for the park. Some items listed will not be included in this phase of construction. See below for details.

The Campus Park Project took shape in 2009 when the Village municipal campus moved to its current location along 90th Street north of Washington Avenue (STH 20). The Village designated 38 acres of green space adjacent to the new Village Hall to develop into a park.

Phase I of the Park's construction included the Greenwood Family Playground, which the Village completed in the autumn of 2017 through a generous donation from the Greenwood Family. The Village built the playground alongside the construction of a parking lot, a shelter, and master plans for the remaining Park areas. The Village subsequently added six pickleball courts to the Park in 2021.

The Village publicly bid and approved the project in March 2022. The Village anticipates completing the project in October 2022; however, the Village may restrict access to some amenities until 2023 to let landscaping areas establish themselves. Citizens may view project updates on this page or at the Village Plan Commission meetings.